The following sample vignettes are taken from real, individual coaching clients. Details have been modified to maintain confidentiality while preserving the essential elements of each circumstance and engagement. Readers will notice that the ultimate outcome – the expected “mission accomplished” – of each episode is missing. This is deliberate: Reengaging the power of your best self is a trajectory, a path, not the end of a story.

After nearly two decades of managerial successes, Helen was tapped by the Board of a large, not-for-profit agency to become the next leader. Mary, the current leader, was set to retire and strongly endorsed Helen’s well-earned promotion. In fact, over a number of months, Mary offered Helen increasing exposure to funders and leadership responsibilities in the process of grooming her for the top job, yet at least a year away. Helen was always confident about her managerial abilities and knew how to quickly develop competence in areas requiring growth and learning. Why, then, was she so ambivalent about the impending promotion?

Helen and I began our work together to help her understand what her leadership was to become. She soon understood the roots of her reluctance and realized how she imposed her own limiting beliefs as she compared herself (unfairly) to Mary. Drawing on her signature strengths, Helen learned to release and break through those self-imposed limitations. More importantly, she began to understand how to transform her environment from one that required explicit management – her go-to comfort zone (that was becoming increasingly uncomfortable as the complexity of her role grew) – to one that enabled senior staff to blossom and bring their best. I introduced Helen to the principles of Appreciative Management. Using this powerful framework, Helen slowly but surely began to transform the culture without the usual “resistance to change” in the face of what, in retrospect, are enormous differences in “the way things have always been done.”

In the current trajectory, Helen is on track to become the top leader in an organization that will have undergone a remarkable and positive culture transformation under her emergent leadership. There is already far more engagement, collaboration, cross-functional participation, mutual empathy, and innovation than ever before—and Helen is just getting started. What happened to the ambivalence and reluctance? Helen cannot know the future, or what the Board will actually do when the current leader retires. What she does know is that through her coaching work, Helen is well on the way to becoming the leader she was meant to be.

Michael was lost. He had built a successful career and received the well-deserved accolades that accompany inspiring vision and innovation. Moreover, he had people who were ready to support his next move – admittedly a move not without risk – in ways that were moral, spiritual, and tangible endorsements. However, that move was also influenced by other pressures and imposed expectations. It was those pressures that caused him to lose his way, to question his decision, and to forget what was truly important on a path that seemed ever more alienating with each step.

Michael overheard me speaking with a colleague who, by happenstance, was on a very similar path to his. He immediately approached me and asked if I could help him reengage with… “Come to think of it, why am I on this path, anyway?” During our coaching engagement, Michael was able to recover the inspiration and vision that brought him to embark on the journey in the first place. Further, he gained awareness of how subtle, less-than-positive influences in other aspects of his life introduced emotional smog that clouded not only the way forward, but his judgment about the means by which he would ultimately realize his dreams and ambitions. As a result, the tasks ahead began to take on a new relevance. He began to see the issues and concerns that previously appeared as impeding boulders in a new light: By reframing the issues in a context of how to empower his aspirations, the former “boulders” became instead interlocking stepping stones – valuable means that contribute to accomplishing Michael’s vision of his larger objective.

Michael is still on the path, and still has several years to go on a trajectory towards realizing his ambition. He is, however, able to clearly articulate his vision and his intention for the destination to which the path leads. Because of this new-found clarity, Michael is able to connect with fresh collaborators and potential financial backers, all of whom have been inspired by his tenacious leadership and unwavering passion, both lost and then found again through reengagement coaching.

The Distraction Devil in the Details

Florence was stuck. Yes, she had returned to her former position after an extended maternity leave. And yes, she once again immersed herself deeply in the details of her work. In fact, her work was all about details: precisely arranging them in the right order and from that order, making sense of a greater story with far-reaching relevance. Unfortunately, Florence’s supervisor had all but given up on her, losing interest in her work and prospective analysis. She remained stuck in the details themselves. Arranging and rearranging and re-rearranging, Florence was unable to make any sense whatsoever. Understandably demoralized, she, too, was about to give up on herself.

Florence called on me for guidance. Through several coaching conversations, she was able to find the larger pattern in the details and uncover what turned out to be a brilliant, paradigm-shifting discovery. Florence once again captured the attention of her supervisor which led to additional opportunities—opportunities, unfortunately, that distracted her from her own work. Over months that became years, the supervisor’s interest once again waned, as did Florence’s. Now, with a hard completion deadline approaching, Florence returned to our coaching for assistance in developing strategies and tactics that would enable her to hold herself accountable for achieving her aspirations.

The challenge facing Florence is not insurmountable, but a successful outcome is by no means assured. Nonetheless, reengaging with the power of her best self gives Florence more than confidence: it provides the needed drive from deep within that will give her the best opportunity to bring her discovery into the light, and finally attain a long-held personal objective.

One of the best in the business, Laurie knew how to build not only a business, but a great team to give that business life. She was able to push the boundaries of creativity and innovation, and to do so with good humour and an ease that was the envy of industry peers. But she had other, less enviable expertise: Laurie also had extensive experience in looking for new jobs.

Outplacement services were always included in her severance package but by now, Laurie had all the resume and networking and interview skills assistance that she could handle. And this time, the unfairness of the termination struck her in a particularly hard way. A mutual friend introduced her to me. In our very first meeting, I was readily able to capture the essence of who she was and empathize with what she was truly facing. Through the process of reengaging with her best self, I enabled Laurie to realize how deeply ingrained conditioning set her up for what ultimately became her repeated undoing when dealing with the political norms of a large organization in a cut-throat, competitive industry. Together, we developed approaches that would enable Laurie to transfer her considerable skills and capabilities to another industry more aligned with her deeply held core values. Additionally, we explored new strategies that enlisted her signature strengths to shift politically charged situations to her favour.

Laurie’s new-found awareness armed her with the ability to change her script as she approached potential new employers. She was able to develop a different, more engaging and effective connection through the search process. More important, Laurie learned how to modify the way her signature strengths showed up so as to better sustain future business partnerships, setting herself up for long-lasting successes. 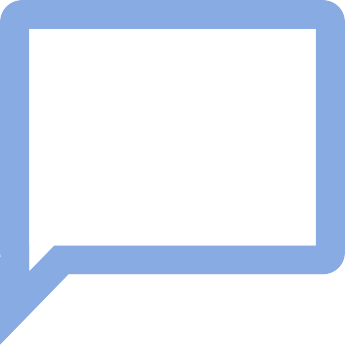